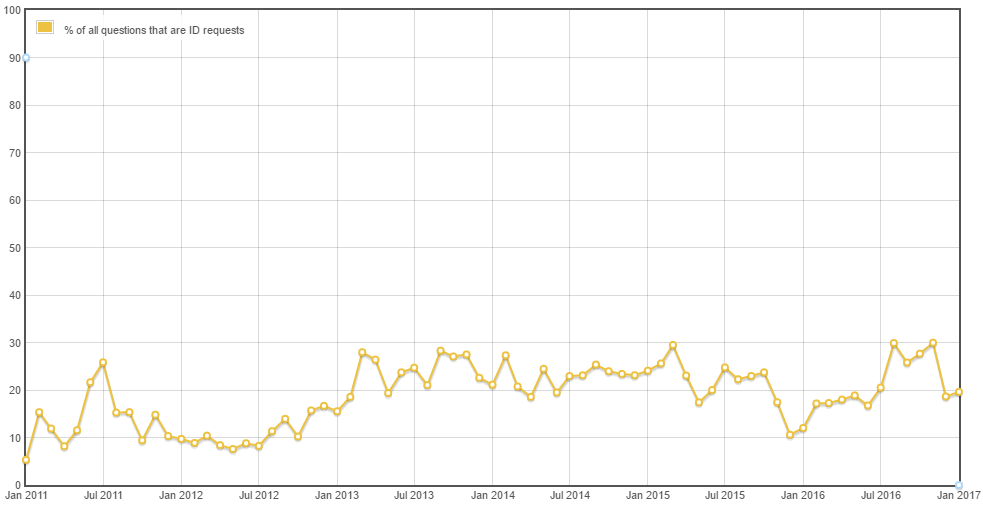 8
Announcing the May 2017 topic challenge: Icelandic Sagas!
8
Announcing the June 2017 topic challenge: The SEA is Ours
5
My Sappho questions: best way to handle
2
Expand the on-topic guide
6
Assuming manga identification is on-topic, is this community okay being referred as an alternative resource on Anime & Manga SE?
3
What do we think about basic [meaning] questions?
12
Proposal: rename [story-identification] to [identification-request]
10
How do we ensure that questions on this site attract scholars and enthusiasts?
6
What do we think about answers-in-comments for recommendation questions?