How not to publicise SE Literature 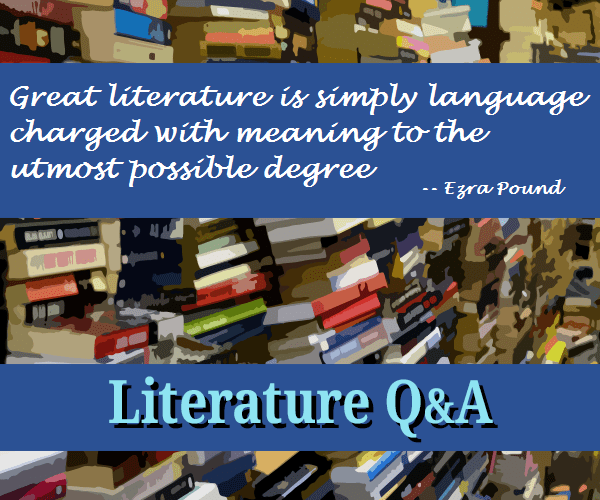 AXIOM. Against an organized force of four or more, probably EIGHT million, a hundred individuals can NOT prevail until ORGANIZED. The sporadic efforts of a few excited young men are no use. The dilettante velleities of a few theorists are NO use. And the rest of the inhabitants of the United States can organize on ONE basis only, namely, that on which Europe has finally been constrained to organize its rebellion against the pervasive the ubiquitous Yidd. Pacts may be signed between the Pennsylvania Deitsch and the scrawny New Englander of British or Anglo-Scotch origin, but on no basis save that of race, and of allied more or less consanguineous races can you cohere.

You have, as opposed to any such projected order not merely the 4 or 8 million kikes in New York and points penetrated already. [From] New York to San Diego or wherever the pan hebe, the world Jewry, has set up a radio. Which is bloody well more than the rebellious British reformers were able to do in England during the four years before the betrayal of the British race by Churchill and Eden.

Maybe stick that onto the front of other SE's with the tagline 'Ezra Pound' underneath it. For sure, discuss Pound here, if you'd like, or anywhere else on the SE network. But to use his name to promote this site is dumb. Let's not.

Thank you for indirectly informing me that the quote I chose was from a Nazi sympathiser. I had no idea - I was just looking for nice and apt quotes to advertise Literature, without checking the political views of those who made them (I'd never heard of Ezra Pound before). Mea culpa.

Here's the new ad on ELU: 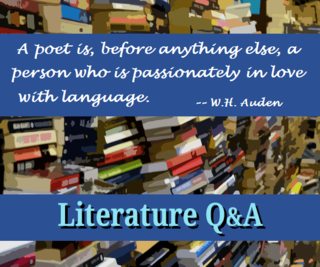 I hope there's nothing offensive about W.H. Auden or his political views.

I've got to say, though, that you could have approached this issue in a nicer manner. Simply dropping a comment on my ELU meta answer, informing me of some of the less salubrious words and views of Ezra Pound, would have sufficed to make me change it. As it was, someone else left that constructive comment while you were busy writing an angry meta post and saying things like "Maybe stick [anti-Semitic material] onto the front of other SE's." Was that really necessary?
Share
answered Jul 18, 2017 at 23:11

I originally left a comment on this question, but upon reflection I realize that my thoughts about this are too complicated to sum up in a comment. I deleted my comment; there was no foul play. (Nor was there reason to suspect foul play in my mind, but that is a point for another day).

There are a lot of authors who are racist, or sexist, or bigoted, or prejudiced, or anti-Semitic. In this respect, authors aren't that different from normal people; the difference is that authors write their thoughts down and publish them, where they are discussed in places like this website.

For example, JKR is probably the last author people would accuse of racism, but "Cho Chang" is literally a made up name. Pretty much the only thing Isaac Asimov did at science fiction conventions was harass woman, but for some reason he has a reputation for being "progressive" or "feminist". (This shows in Asimov's writing: his female characters are either nonexistent or stereotypes). Tolkien's The Lord of the Rings is racist as well, to the point where he's using the exact same language used to justify slavery and genocide. I bring up these particular authors because they are popular and because their prejudices are often justified or swept under the rug.

In a site about Literature, it's important to understand the difference between the following two things:

It's also important to assume good faith. This is the internet, the people who participate on this site come from a wide range of backgrounds and have a wide range of experiences.

Finally, it's important to understand that there is no tension between enjoying an author's work while criticizing aspects of said author's work or personal beliefs. I personally do not agree Ezra Pound's anti-Semitism, but that does not contradict the fact that Ezra Pound has written some beautiful works of literature (here's a sample: "The apparition of these faces in the crowd; / Petals on a wet, black bough."). It's possible for people to enjoy reading Pound while also acknowledging and disagreeing with his political views. It's also possible, and in fact desirable, to read Pound with the understanding that Pound's anti-Semitism is not isolated to his private life, but influences his writings as well.

I think my perspective on this would be much different if this had been, for example, a member of this community expressing admiration of Pound's poem "In a Station of the Metro". But given the specifics of this situation, I agree, this wasn't a good choice for a community promotion advertisement. There should be more thought about the message our promotional materials sends. I think this is a good learning opportunity for our community. So I'm glad this discussion was started on meta. And I think deleting this discussion would deprive this community of a valuable learning opportunity.

Welcome!
This site is for discussion about Literature Stack Exchange. You must have an account there to participate.
Help
Visit chat

20
How will we avoid literature snobbery?
20
Please, let's develop our scope, not force it
12
Tag name conventions: to the or not to the?
10
Literature now has a community-maintained Twitter account!
3
When is an answer not an answer?
6
How should we tag questions about English-language literature?
16
Submit your literature reviews to our Tumblr!
6
How should the accepted-answer feature be changed?